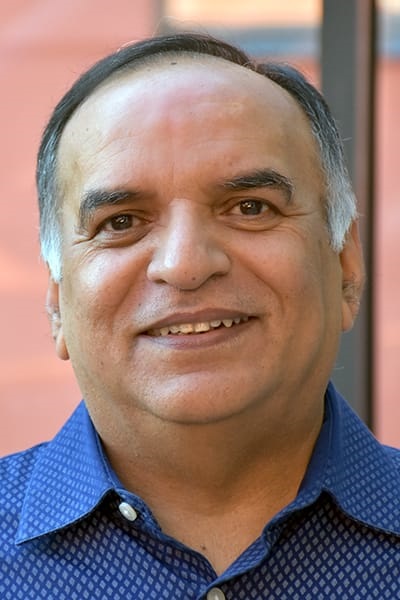 Prof. Rajeev Ahuja has joined Indian Institute of Technology (IIT) Ropar director from April 1st, 2021 Before joining as director at IIT Ropar, Rajeev Ahuja was professor of computational Materials science at Uppsala University, Sweden. He is one of the most highly cited researchers in Sweden. He has done his Ph.D. from I.I.T. Roorkee in India in 1992. Same year he has joined Uppsala University, Sweden as postdoctoral fellow. He became Assistant Professor in 1996, Associate Professor in 2002 and become Professor in 2007 at Uppsala University, Sweden. His main area of interest is computational materials science with focus on energy such Batteries, Hydrogen Storage & production, sensors as well high pressure physics. He has published 977 scientific papers in peer reviewed journals H-Index of 86 (Google Scholar), i-10 index (Google Scholar) 585 & no. of citations more than 34100, of which more than100 are in high profile journals (like Science , Nature , Nature Materials, PNAS etc.).

He was recently elected FRSC (fellow of Royal Society Chemistry), London, UK, APS-Fellow by American Physical Society (APS), USA and Appointed in the advisory Board of Journal of Materials Chemistry A (IF=10.8) & Materials Advances from Royal Society of Chemistry (England). He is Associate editor of Nano Energy (IF=16.6). He was also awarded Beller Lectureship for the APS March Meeting, 13-17 March 2017, in New Orleans, Louisiana. He been awarded the Wallmark prize for 2011 from KVA (Royal Swedish Academy of Sciences), and has previously received the Eder Lilly & Sven Thureus prize and the Benzelius prize from KVS. Ahuja is an elected member of the Swedish Royal Society of Sciences (KVS), of the board of the European High Pressure Research Group as well as of the executive board of the International Association for the Advancement of High Pressure Science and Technology.